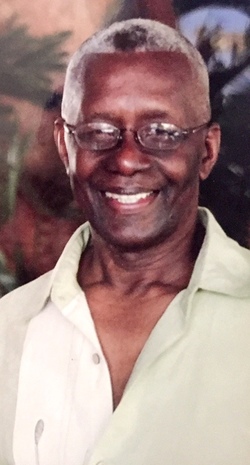 ​Conrad (Terry) Gibbs was born in Grenada on December 15, 1941. Gifted as a student, Terry won a scholarship to his alma mater Presentation Boys College. Immediately following graduation from PBC, Terry headed to St. Lucia where he taught at St Mary's College. Thereafter Terry earned a Bachelors degree from Inter-American University in Puerto Rico, followed by a Masters degree at the University of Western Ontario and later an MBA from York University.

Terry and his wife Annette have 2 children and 5 grandchildren .

​Just as Terry had outstanding scholastic credentials, so he had an illustrious working career- senior economist with the Ontario Government , lecturer at Seneca College, economist with the Organization of East Caribbean States and lastly Consul General for Grenada here in Toronto.
Throughout his working life, Terry enjoyed an active social life. Gifted with a sparkling sense of humour and ironically, an even greater photographic memory, Terry was the life of the party and the glue that kept family and friends together .

Terry did not have much of a chance to enjoy his retirement before he was stricken with dementia. The Gibbs Walk is the symbol which strives to protect and preserve the countless memories that we share with Terry. We are proud to lend our support to the Alzheimer Society of Toronto as we work to find a cure.

​Terry was a vibrant spark who could light a room. His spirit will live on and prosper.